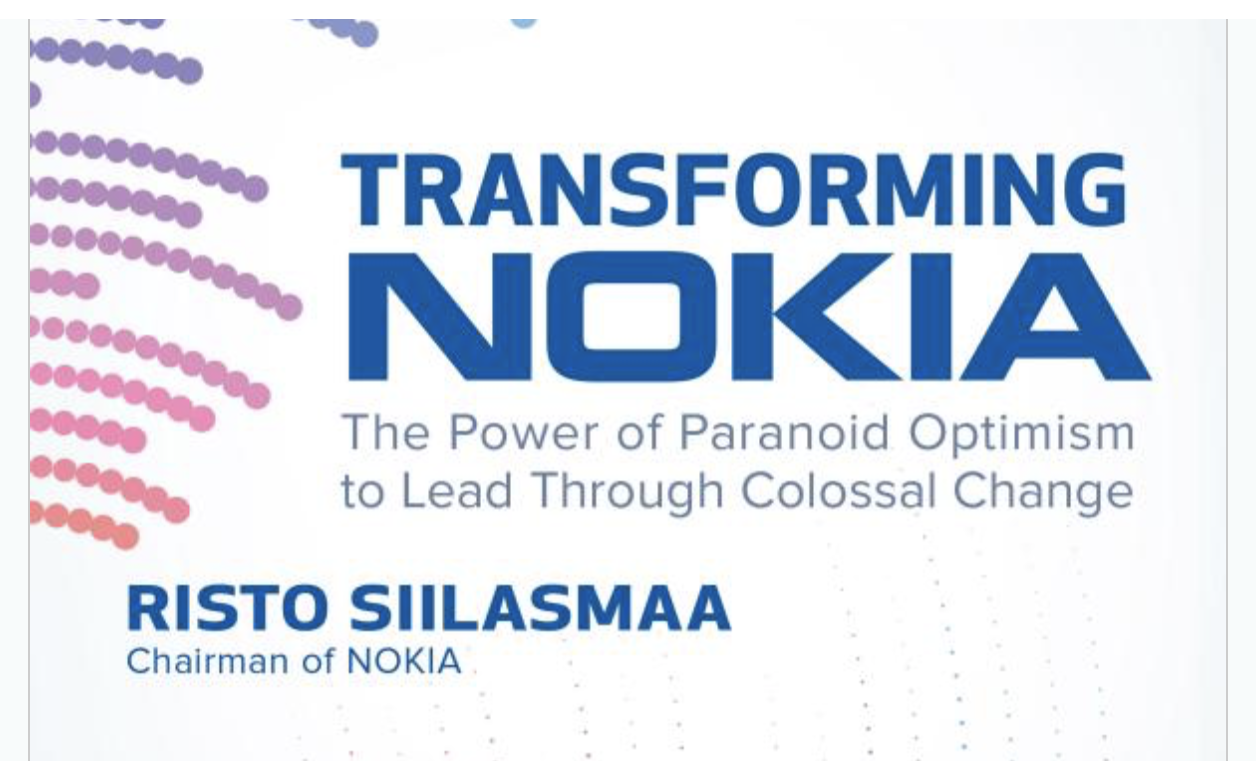 Most board members of big (Finnish and others) companies are manned by men who wear dark suits, black shoes and silk ties, and get the job because they are know one other. Less than 10% of all board members are female in the top 500 Finnish companies and gender and other diversity is a myth!

This book is a great investment for readers because it describes how Risto Siilasmaa broke away from most  that is rotten with many Finnish boardrooms.

The book is divided into 2 sections, the first deals with Jorma Ollila as the Chairman, followed by 200 pages where Risto Siilasmaa took over the Chair of Nokia and turned it around.

The first half Risto Siilasmaa describes how Nokias’s board operated under Jorma Ollila’s stewardship. He describes how board members were not encouraged to challenge Jorma Ollila, or work on solving major problems. Meetings were formal and run on a strict agenda. Board members were not encouraged to mix with Nokia’s senior management and they should “concentrate on strategy” and avoid interfering in operational matters, the tasks of senior managers.

It well known that Jorma Ollila had become a grotesque figurehead at Nokia who even squashed RS’s dissent with the utterance, “Risto, you should remember that you come from a small software company. You do not understand, how a global company like Nokia functions.”

At least Jorma Ollila had one redeeming feature by taking on RS into his board, but he did not make life easy for this young entrepreneur who decided to question “strategy”, or its lack of, as Apple and Android phones began to dominate the mobile markets.

Even though Risto Siilasmaa’s polite assessment of Jorma Ollila’s chairmanship is interesting, it is the second part of the book that is so much more rewarding. Risto Siilasmaa’s set out how he wanted the board to function with his Paranoid Optimism, which he defines as being paranoid about the best and worse case scenarios, while also looking optimistically for solutions that will ultimately bring success to the company.

He sets out many important recommendations:

These and many more recommendations from Risto Siilasmaa are interesting insights in good management practices for boards something that most books on professional board management ignore.

Is the Bank of Finland Subsidizing the Banks?

The Last Weeks in Finnish Politics